Under construction! Ebooks ordered from this page are delivered VIA EMAIL ATTACHMENT, usually within 24 hours of purchase. If you don’t receive an email in that time frame, please check your spam bin.

My default format for ebooks is .mobi (kindle), but if you would like a different format, please just let me know in the “notes to seller” box when you make your payment and I’d be happy to send it to you.

By the Grace (ebook PREORDER)

By the Grace will be out October 6. Patreon members who pre-order will get their ebooks early! 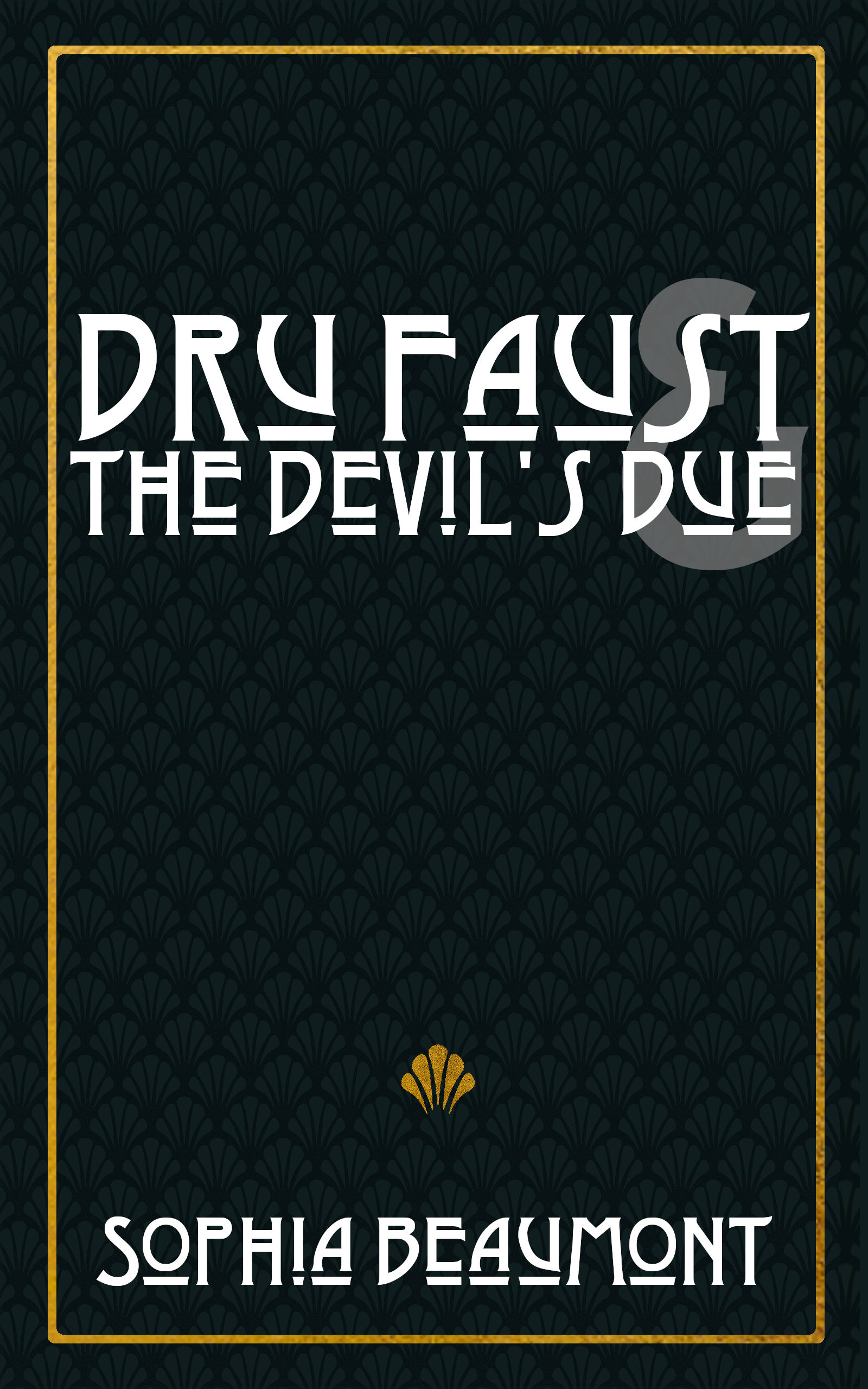 Dru Faust and the Devil’s Due (Kindle edition)

Columbus, Ohio in 1922 is supposed to be a dry city, but most people still know where to go to find booze. Sixteen-year-old Dru Faust isn't looking for a drink though; she just wants to dance. But when a new moonshine hits the market and starts sending people to the hospital--including one of her best friends--she will do anything to track down the people responsible.

Bind Off combines all three novels (The Spider's Web, The Ferrymen, Moreau House), the prequel novella (In Defense of Mushrooms), three short stories, and four knitting patterns all in a single volume. Follow Evie's journey of recovery as she regains her mental health following a failed suicide attempt, rebuilding and forming new connections that could save her life--even as she has to find a way to save everyone else from ghosts, angry goddesses, and homicidal cults.

Sophia Andrews was fully prepared for her husband to die fighting for the Union--or at least, as prepared as one can be for such an eventuality. She was not expecting him to be murdered in cold blood on the streets of Washington D.C. just before mustering out. Though the Army would have her believe Confederate sympathizers killed her husband, a deathbed visitation from his ghost and a conversation with the only witness convince her otherwise. Sophia launches her own investigation, uncovering a plot to seize her husband's railroad company and making herself the killer’s next target. Faced with the choice between signing over the company and risking not only her own life, but that of her daughter, Sophia puts it all on the line to draw out her husband’s murderer. While suffering from a mysterious illness she follows the clues from Buffalo to an isolated sanatorium and checks herself in. Can she find the evidence she needs and escape before the killer ensures she’s locked away forever?

All For One (Kindle edition)

In 1862, the Republic of Quebec has a constitutional monarchy, established ninety years before by Marie Antoinette, who fled France’s revolution. Under the influence of its matriarchal leaders, Quebec is the first country to grant equal rights to all citizens, regardless of gender. Louise Drapeau is willing and eager to take advantage of these rights as she travels from her small town to the capital to join the most elite fighting force in the country, the all-female Queen’s Guard, also known as the Musketeers. She’s barely in the city twenty-four hours, however, when she uncovers a plot to kill the queen, headed by Quebec’s First Minister, Cardinal Lefebvre. With the help of her three new friends—Portia, Athena, and Arabella—Louise must unravel the increasingly complex politics of the palace in order to not only save the queen but to keep neutral Quebec out of the Civil War raging just a few hundred miles south in the United States. Surely this will be enough to get her into the Musketeers—if she can survive.

Evie Cappelli is not a people-person. Unfortunately, her boyfriend Micha definitely is, and so Evie gets dragged along for a weekend of ghost hunting with her cousin, his boyfriend, and three of their friends. A trained Night Patrol officer and one of Hekate’s ferrymen, Evie assumes she’ll have more trouble from the living than the dead on this trip, but the eerie farm house quickly exceeds expectations with mysterious noises, disembodied voices, and objects that move on their own. But when one of their number vanishes in the middle of the investigation, the danger becomes palpable, and it’s up to Evie and Micha ensure they make it through the night.

Nearly a year after her failed suicide attempt, Evie Cappelli is still seeing ghosts. That’s okay, though. It’s landed her a high paying—but not glamorous—job in supernatural law enforcement with the Montreal Night Patrol, and Micha (the ghost of her fiancée in a former life) as well as her living, breathing friends are helping her get her mental health back on track. She’s even got temporary protection from the cult of Athena, who want her dead. But when Micha suddenly becomes unstable, Evie will have to cross international borders and steal 2 priceless artifacts if she wants to keep him on this plane. That might be tricky when the Chicago Night Shift gets involved. She’ll need approval from Ian Mulhaney to cast such a powerful, dangerous spell, but with a serial killer, zombies, and a questionable group of psychics and necromancers roaming Chicago, Evie and Micha are at the bottom of his list of problems. Time is running out, and Hekate’s protection is wearing off fast. Can Evie keep Micha—and herself—together long enough?

After being released from a Toronto psych ward, Evie decides that her life needs a drastic change. Moving 500 kilometers east to stay with her aunt in Montreal, however, is not turning out as expected. Though she loves the city, she can’t outrun the problems that drove her to the edge in the first place. Recovery might be a little easier if not for Micha. Handsome, kind, always willing to help Evie or cheer her on--and completely invisible to everyone else. He seems to think he’s some kind of guardian angel, and she might need one now that things have gone from bad to just plain weird. It started with the spiders. Then the owls started following her. Ghosts, goddesses, and secret societies are just the icing on the cake. She’s going to need help from some very powerful friends if she wants to make it to her next birthday, but when one of those friends is the goddess of the underworld, her guardian angel might have to start working overtime.

For a completely list of my patterns, please visit my Ravelry page. All prices are listed in USD.

I am a Delicate Flower

A basic boot topper for wide calves. Customize them to any size, large or small!

Inspired by THE FERRYMEN.

A simple hat pattern with a twist! Inspired by the 1920s.

For those days when you’re feeling slightly homicidal, I present Don’t Cross Me, the illusion scarf that looks like crime scene tape!

Suitable for even beginning knitters, this scarf uses a basic knit and purl pattern to create lettering that only appears when viewed on an angle.

Ravelry description: This entrelac cowl is much simpler than it looks! Suitable for someone who has never worked entrelac before, or someone familiar with the technique. It includes the slightest bit of shaping for a more comfortable fit. Looks great in a multicolored yarn!

Needles: US 8
Yarn: Loops n’ Threads Impeccable Solids
Techniques: Illusion knitting. Can you read a pattern/chart? Can you knit? Can you purl? Then you can make this pattern.

This pattern was inspired by the Night Wars series of books by Missouri Dalton, including The Hanged Man’s Ghost and The Night Shift. The pattern includes both written instructions and a chart.

This site uses Akismet to reduce spam. Learn how your comment data is processed.