I spent a good chunk of the fall binge watching Netflix, and here are some of the best series I’ve found: 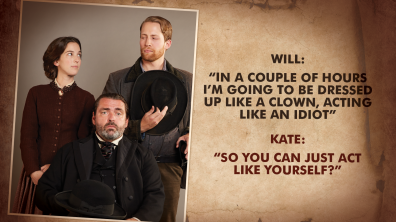 This is a great series set just after the Civil War, and is based on the life of the first female Pinkerton agent. It’s a great blend of mystery and western, and will appeal to fans of The Murdoch Mysteries and Strange Empire.

If you’re a fan of Borgia, then you’ll lap this up. Intrigue, romance, history–this one has everything, all tied up in an early Rennaissance package.

Clearly, Netflix is trying to capitalize on how popular Borgia was a few years ago. The Crown is a bio-drama about the early days of Queen Elizabeth II’s reign, the hard decisions she had to make, and their impact on her family and personal relationships. It’s absolutely flawless, and I now have a whole new respect for Her Majesty. 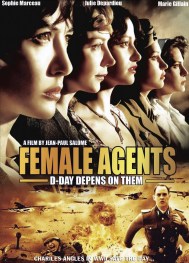 This bilingual film is based on a joint mission between French and English forces in WWII, and the daring women who were thrown unprepared into the front lines of espionage. Warning: make sure you have tissues handy because you will bawl.

This show can be problematic at times in the way it treats female characters, but I love it nonethless. It’s like a soap opera for dudes.

Set in a mobile railroad town, this show is best classified as a western, but it’s also a family drama, a romance, mixed with corporate intrigue and sometimes mystery. It’s 100% action. 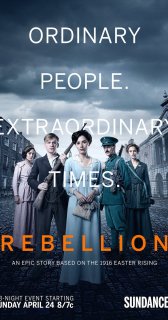 Two I’m currently watching but haven’t finished yet are Versailles and Rebellion. Versailles is also in the vein of Borgia, The Crown, Medici, etc, but set in France. It’s got more sex and romance than the latter two, but not as much as Borgia. So far. Of the four though, I like this one the least. I’m still enjoying it, but it’s not sucking me in quite the way the others did.
Rebellion, on the other hand, is definitely pulling me in, though I’ve only made it to the third episode. It follows three women during the Irish Revolution in the 1910s: One conservative, one moderate, one liberal. I’m still playing catch up on a lot of the historical context since this isn’t a time and place I’ve studied before, but I’m really enjoying it.