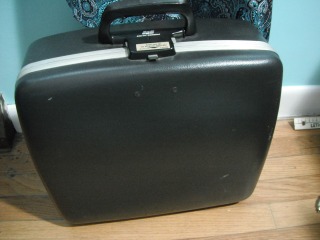 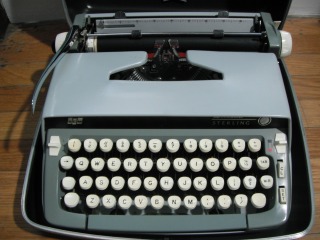 I typed that up on Saturday, when the Sterling first arrived. As yet I haven’t had a chance to really play with it, since Missouri has been off for the last few days and the basement is really in no condition for much of anything yet. For starters, it’s been mopped twice but still looks like a pigsty, partially the fault of the former tenants, and partially because of all the construction that had to be done down there. On the bright side, I have yet to meet any Rachnoss, so while some of their webs remain intact (every time I THINK I’ve gotten them all…) they seem to have abandoned our basement for greener pastures. Or darker caves, or whatever it is that giant, half-human alien spiders prefer.

It seems that all of the blogs I follow are doing retrospectives this week, but honestly, I’m not feeling the love. This is probably because at the moment I am sick AGAIN (this is is what, the sixth time this year?) and my general feeling towards 2012 is “Good riddance, don’t let the door hit you on your way out.” The election, partisan politics, the increase in violent crime around the country (at least in terms of mass shootings and such), and some of the natural disasters the world has suffered of late, have not helped this feeling. For my part, I’m lighting a candle and hoping we can put all of this bad juju behind us for 2013.

Some good things have happened–I got published, twice for short stories, and once for a knitting pattern; I had a knitting pattern go semi-viral (1739 downloads and counting), I was saved from near homelessness by the kindness of one of my dad’s clients, and through the magic of the internet I met some fantastic people at conventions and writing meetups, and have gained both a great typewriter (or three…maybe) and lots of knowledge because of it. So all in all, not too bad, I guess.

Now pass me that Nyquill. I’m going back to bed.

3 thoughts on “Mutterings and a thank you”